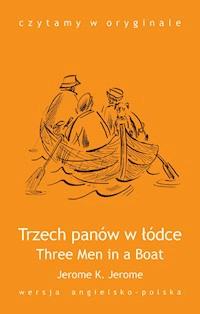 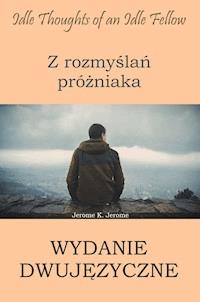 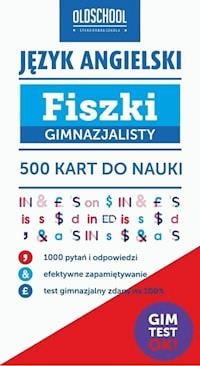 The Polish Quarterly of International Affairs, no 3/2017 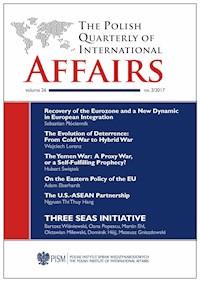 The Polish Quarterly of International Affairs, no 2/2017 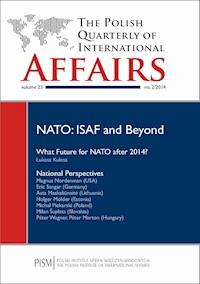 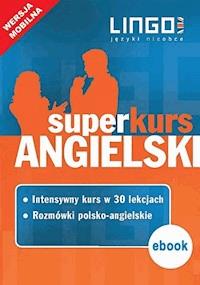 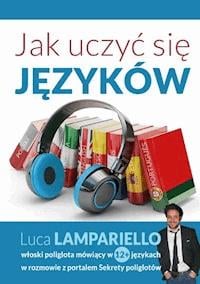 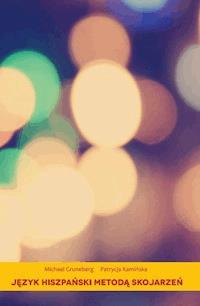 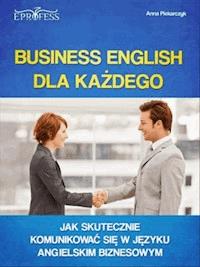 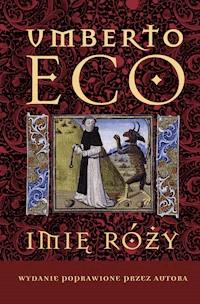 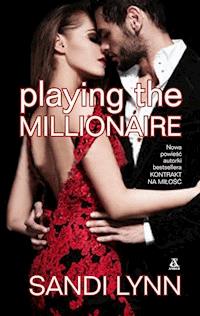 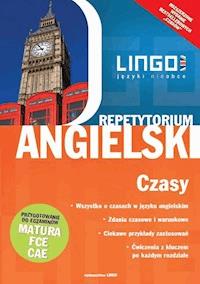 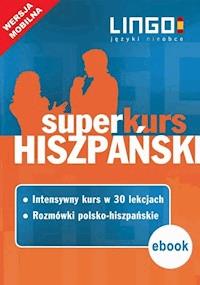 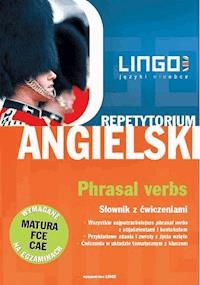 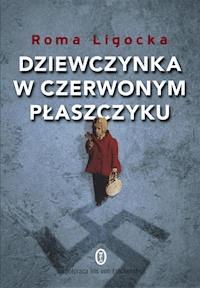 Three Men in a Boat
I. WHAT WE NEED IS REST!

[ 1 ] There were four of us – George, William Samuel Harris, myself and Montmorency. We were sitting in my room and talking about how bad we were – bad from a medical point of view I mean, of course.

[ 3 ] It is an extraordinary thing, but I never read a medicine article without coming to the conclusion that I have the particular disease written about in the article.

[ 4 ] I remember going to the British Museum one day to read about some illness which I had. I got down the book and read all I could. Then I kept reading about other diseases. I forget which was the first disease I read about, but before I had read halfway down the list of symptoms, I was positive that I had got it.

[ 6 ] I had walked into that reading-room a happy, healthy man. I crawled out a horrible wreck.

[ 10 ] Then he examined me and held my wrist, and then he hit me on the chest when I wasn’t expecting it – a cowardly thing to do, I call it. After that, he sat down, wrote out a prescription, folded it up and gave it to me. I put it in my pocket and went out.

[ 11 ] I took it to the nearest chemist’s and handed it in. The man read it and then handed it back.

[ 18 ] Going back to my liver, I had the symptoms, beyond all mistake, the main one being “a general disinterest in work of any kind”.

[ 19 ] As a boy, the disease hardly ever left me for a day. They did not know, then, that it was my liver. They used to just call it laziness.

[ 21 ] And they didn’t give me pills; they just hit me on the side of the head. And, strange as it seems, those hits on the head often cured me – for a short while, anyway.

[ 22 ] We sat there for half-an-hour, describing to each other our illnesses, when Mrs. Poppets knocked at the door to find out if we were ready for supper. We smiled sadly at one another, and said we supposed we had better try to eat a bit.

[ 25 ] I agreed with George and suggested that we should look for some quiet spot, far from the crowds.

[ 26 ] Harris said he thought it would be boring and suggested a sea trip instead.

[ 27 ] I objected to the sea trip strongly. A sea trip does you good when you are going to have a couple of months of it, but, for a week, it is horrible. You start on Monday with the idea that you are going to enjoy yourself. On Tuesday, you wish you hadn’t come. On Wednesday, Thursday, and Friday, you wish you were dead. On Saturday, you are able to drink a little tea and to sit up on deck. On Sunday, you begin to walk about again and eat solid food. And on Monday morning, as you are waiting to step ashore, you begin to thoroughly like it.

[ 29 ] He said we should have fresh air, exercise and quiet. The constant change of scene would occupy our minds (including what there was of Harris’s), and the hard work would give us a good appetite and make us sleep well.

[ 30 ] Harris said he didn’t think George ought to do anything that would make him sleepier than he always was, as it might be dangerous. He added that if he DID sleep any more, he might just as well be dead.

[ 32 ] The only one who was not happy with the suggestion was Montmorency. He never did care for the river.

[ 33 ] “It’s all very well for you fellows,” he says. “You like it, but I don’t. There’s nothing for me to do. If I see a rat, you won’t stop, and if I go to sleep, you’ll go fooling about with the boat and throw me overboard. If you ask me, I call the whole thing foolish.”

[ 35 ] We arranged to start on the following Saturday from Kingston. Harris and I would go down in the morning and take the boat up to Chertsey, and George, who would not be able to get away from work till the afternoon (George goes to sleep at a bank from ten to four each day, except Saturdays, when they wake him up and make him leave at two), would meet us there.

[ 37 ] George and I were for camping out. We said it would be so wild and free – the golden sun fading as it sets; the pale stars shining at night; and the moon throwing her silver arms around the river as we fall asleep to the sound of the water.

[ 39 ] There is no poetry about Harris. Harris never “weeps, he knows not why”. If Harris’s eyes fill with tears, you can bet it is because Harris has been eating raw onions.

[ 40 ] If you were to stand at night by the sea-shore with Harris, and say: “Hark! do you not hear? Is it but the mermaids singing deep below the waving waters?” Harris would take you by the arm, and say: “I know what it is; you’ve got a chill. Now, you come along with me. I know a place round the corner here, where you can get a drop of the finest Scotch whisky you ever tasted – put you right in no time.”

[ 41 ] Harris always knows a place round the corner where you can get something to drink.

[ 42 ] As for to camping out, his practical view of the matter was a good point. Camping out in rainy weather is not pleasant.

[ 43 ] It is evening. You are completely wet, and there is a good two inches of water in the boat. You find a place on the banks that is not quite so wet as other places you have seen, and you land and pull out the tent, and two of you begin to put it up.

[ 44 ] It is completely wet, and it flops about and falls down on you and makes you mad. At last, somehow or other, it does get up, and you get the things out of the boat.

[ 45 ] Rainwater is the main part of supper. The bread is two thirds rainwater, the beefsteak-pie is full of it, and the jam, butter, salt and coffee have all become soup.

[ 46 ] After supper, you find your tobacco is wet, and you cannot smoke. Luckily you have a bottle of the stuff that cheers you up, if taken in proper quantity, and this helps you to go to bed.

[ 47 ] We therefore decided that we would sleep out on fine nights and sleep in hotels, inns or pubs when it was wet, or when we wanted a change.

[ 48 ] Montmorency approved. He does not like the quiet. Give him something noisy, and he is happy. To look at Montmorency you would imagine that he was an angel sent to earth in the shape of a small fox-terrier.

[ 50 ] But, when I had paid for about a dozen chickens that he had killed, and had pulled him, growling and kicking, out of a hundred and fourteen street fights, and had had a dead cat brought round for my inspection by an angry female, who called me a murderer, then I began to think that maybe he’d live a bit longer.

[ 51 ] The following evening, we again got together to discuss and arrange our plans. Harris said:

[ 52 ] „The first thing to settle is what to take with us. Now, you get a bit of paper and write down, J., and you get the grocery catalogue, George, and somebody give me a bit of pencil, and then I’ll make out a list.”

[ 53 ] That’s Harris – so ready to take the responsibility of everything himself, and put it on the backs of other people.

[ 54 ] He always reminds me of my poor Uncle Podger. You never saw such a commotion in all your life as when my Uncle Podger did a job round the house. A picture would need to be put up, and Uncle Podger would say:

[ 55 ] And then he would take off his coat and begin. After an hour or more of cutting himself, breaking the glass in the frame, dropping the hammer and nails, smashing his thumb, and shouting at everyone around him, the picture would finally be put up.

[ 57 ] The first list we made out had to be thrown away. It was clear that the Thames wasn’t large enough for a boat as big as we would need.

[ 59 ] George comes out really quite sensible at times. You’d be surprised.

[ 60 ] “We won’t take a tent,” suggested George. “We will have a boat with a cover. It is ever so much simpler and more comfortable.”

[ 61 ] It seemed a good thought. I do not know whether you have ever seen the thing I mean. You fix iron hoops up over the boat, and throw a huge canvas over them, and tie it down all round, and it converts the boat into a sort of little house.

[ 62 ] George said that we must take a rug each, a lamp, some soap, a brush and comb (between us), a toothbrush (each), a basin, some toothpaste, some shaving tackle (sounds like a French exercise, doesn’t it?), and a couple of big-towels for bathing. I notice that people always make gigantic arrangements for bathing when they are going anywhere near the water, but that they don’t bathe much when they are there.

[ 63 ] Harris said there was nothing like a swim before breakfast to give you an appetite. He said it always gave him an appetite. George said that if it was going to make Harris eat more than Harris ordinarily ate, then Harris shouldn’t have a bath at all.

[ 64 ] He said there would be quite enough hard work in towing enough food for Harris up stream as it was.

[ 65 ] I told George, however, how much better it would be to have Harris clean and fresh about the boat, even if we did have to take a few more hundredweight of food.