The Tao Te Ching is fundamental to the Taoist school of Chinese philosophy and strongly influenced other schools, such as Legalism and Neo-Confucianism. This ancient book is also central in Chinese religion, not only for Taoism but Chinese Buddhism, which when first introduced into China was largely interpreted through the use of Taoist words and concepts. Many Chinese artists, including poets, painters, calligraphers, and even gardeners have used the Tao Te Ching as a source of inspiration. Its influence has also spread widely outside East Asia, aided by hundreds of translations into Western languages.

The Problems of Philosophy
Bertrand Russell 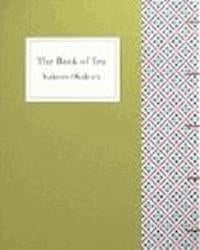 The Book of Tea
Kakuzo Okakura

He who would assist a lord of men in harmony with the Tao will not assert his mastery in the kingdom by force of arms. Such a course is sure to meet with its proper return.

The unwrought material, when divided and distributed, forms vessels. The sage, when employed, becomes the Head of all the Officers (of government); and in his greatest regulations he employs no violent measures.

If the one did not honour his master, and the other did not rejoice in his helper, an (observer), though intelligent, might greatly err about them. This is called 'The utmost degree of mystery.'

When we renounce learning we have no troubles. The (ready) 'yes,' and (flattering) 'yea;'— Small is the difference they display. But mark their issues, good and ill;— What space the gulf between shall fill?

Therefore (to guard against this), the sage keeps the left-hand portion of the record of the engagement, and does not insist on the (speedy) fulfilment of it by the other party.

In a little state with a small population, I would so order it, that, though there were individuals with the abilities of ten or a hundred men, there should be no employment of them;

When the Great Tao (Way or Method) ceased to be observed, benevolence and righteousness came into vogue. (Then) appeared wisdom and shrewdness, and there ensued great hypocrisy.